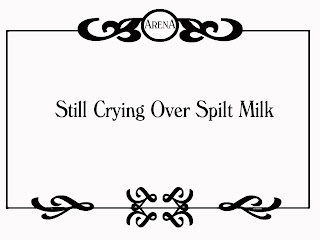 
Between the hair metal and pop synth of the 80's and the birth of grunge in the 90's, Jellyfish sprang onto the scene in 1990 with their debut album BELLYBUTON, providing a new colorful musical spectrum for the radio airwaves and a series of playful kaleidoscope videos on MTV.  With a throwback to the heyday of 60's and 70's sugary pop compositions, Jellyfish's complexity in songwriting and arrangements stood head and shoulders above most modern music of the time. Soon, the writing talents of Andy Sturmer and Roger Manning Jr. were in demand, and they found themselves writing songs for Ringo Starr, jamming with Brian Wilson and touring with The Black Crowes.  The future for Jellyfish was as bright as their album cover as Sturmer and Manning entered the recording studio in 1992 to create their second album, which would become not only their magnum opus and a masterpiece of pop perfection, but the final musical statement from the band. 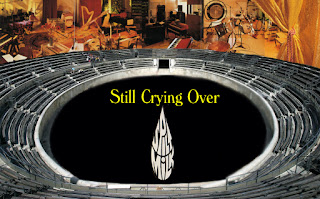 Never have the words woulda, shoulda, coulda been applied so properly for a musical group.  Fame and fortune would not follow the band, but twenty years later, their sophomore album SPILT MILK continues to cast a long shadow over musical composition, lyrical ambition and studio production in pop music history, maintaing a cult status for those in the know, and an amazing discovery for those who never knew.


Celebrating the 20th Anniversary of SPILT MILK and the Jellyfish Army, the Gauntlet crew dives back into the ArenA to wipe the tears away and dissect one of the most creative and brilliant power-pop albums ever made.  Featuring rare interview clips from Andy Sturmer, Roger Manning Jr., Demos, Live Acoustic and Electric tracks, with a few extra jelly surprises packed inside an epic length discussion.

And you thought all fans clubs were a hoax? 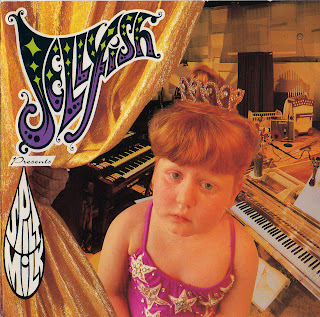 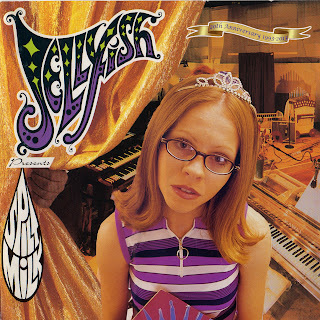 7 Years In The Making

The never-before-told lost history, adventures and unknown facts from ALL the players, personalities and people who helped create the LEGACY and LEGEND in Jellyfish.

In 1994, they met in a room and agreed that their musical partnership, as well as their friendship, was over. They shook hands, wished each other well, and left. They have not spoken since...

Drawing from dozens of interviews with all of the major – and many minor—characters in the Jellyfish story to create one seamless & complete master narrative, Brighter Day: A Jellyfish Story follows the course of that friendship from its earliest days in Pleasanton, California through the two decades of silence in search of the answer to the nagging fan question “Why, oh why isn’t there more Jellyfish music?” 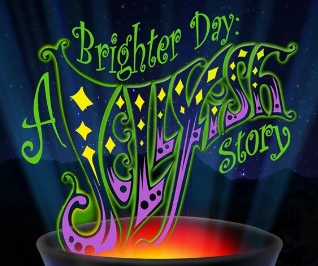 Be sure to check out all the goodies from Bruce and the gang at PopGeekHeaven. 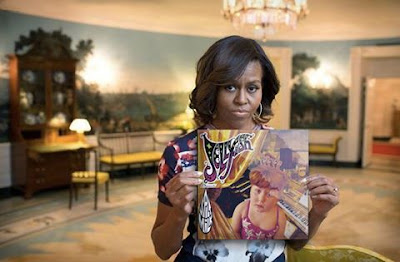 BIG SPECIAL THANKS TO:


Steve Harris and his awesome interviews with Jellyfish in 1990 and 1993.

THE GHOST AT NUMBER ONE (MUSIC VIDEO)
http://www.youtube.com/watch?v=YgKjC2V4xfk 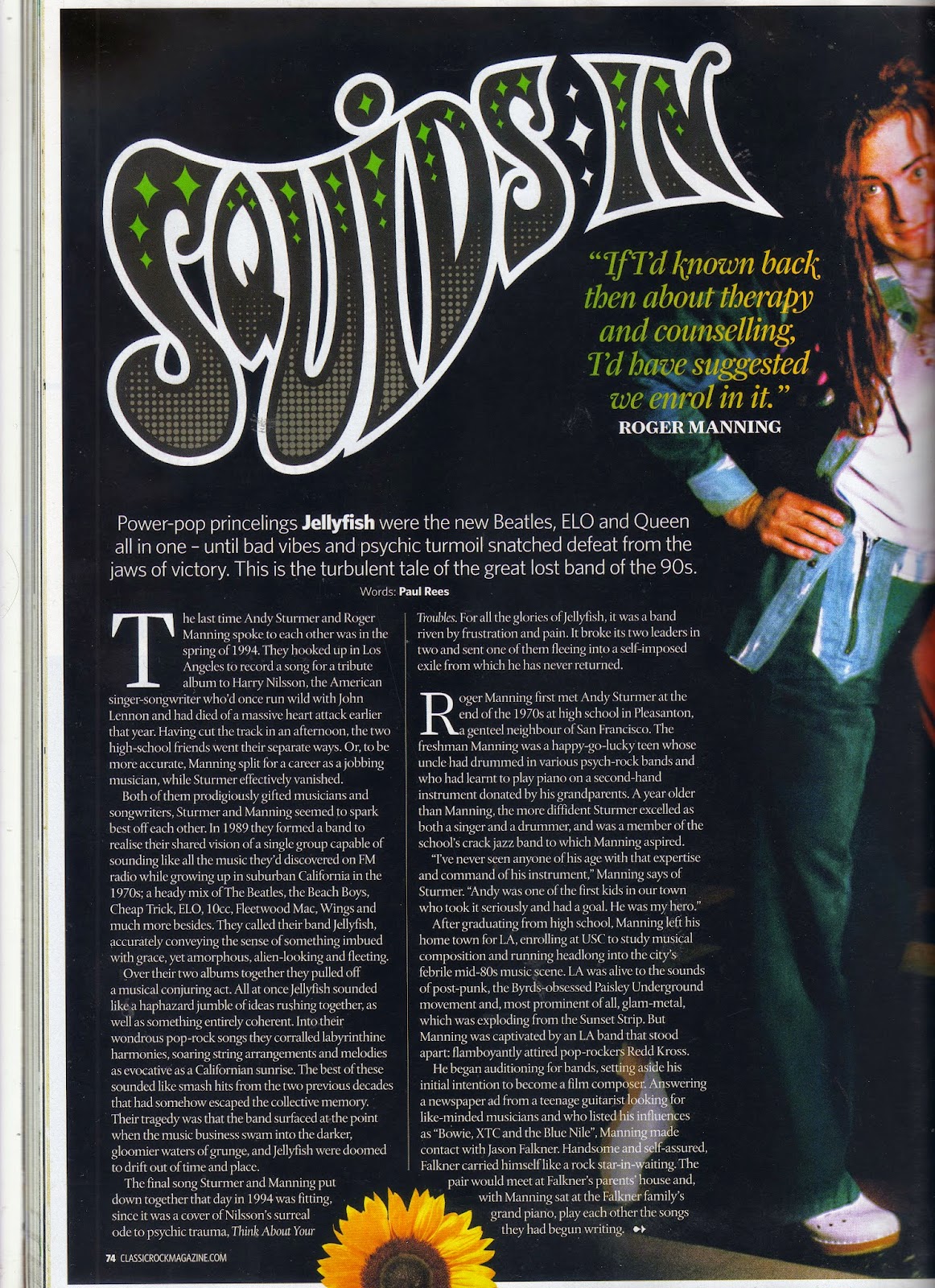 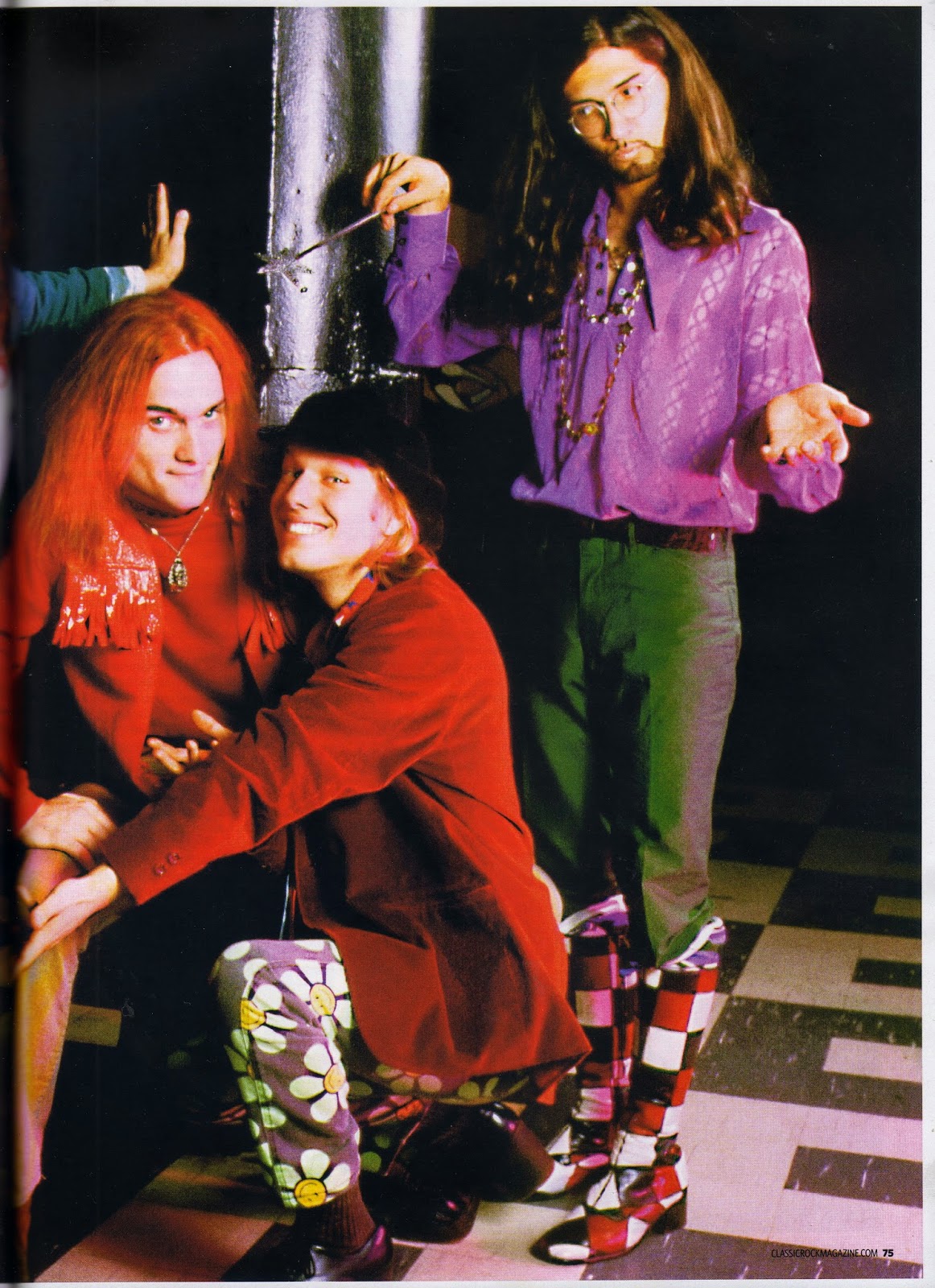 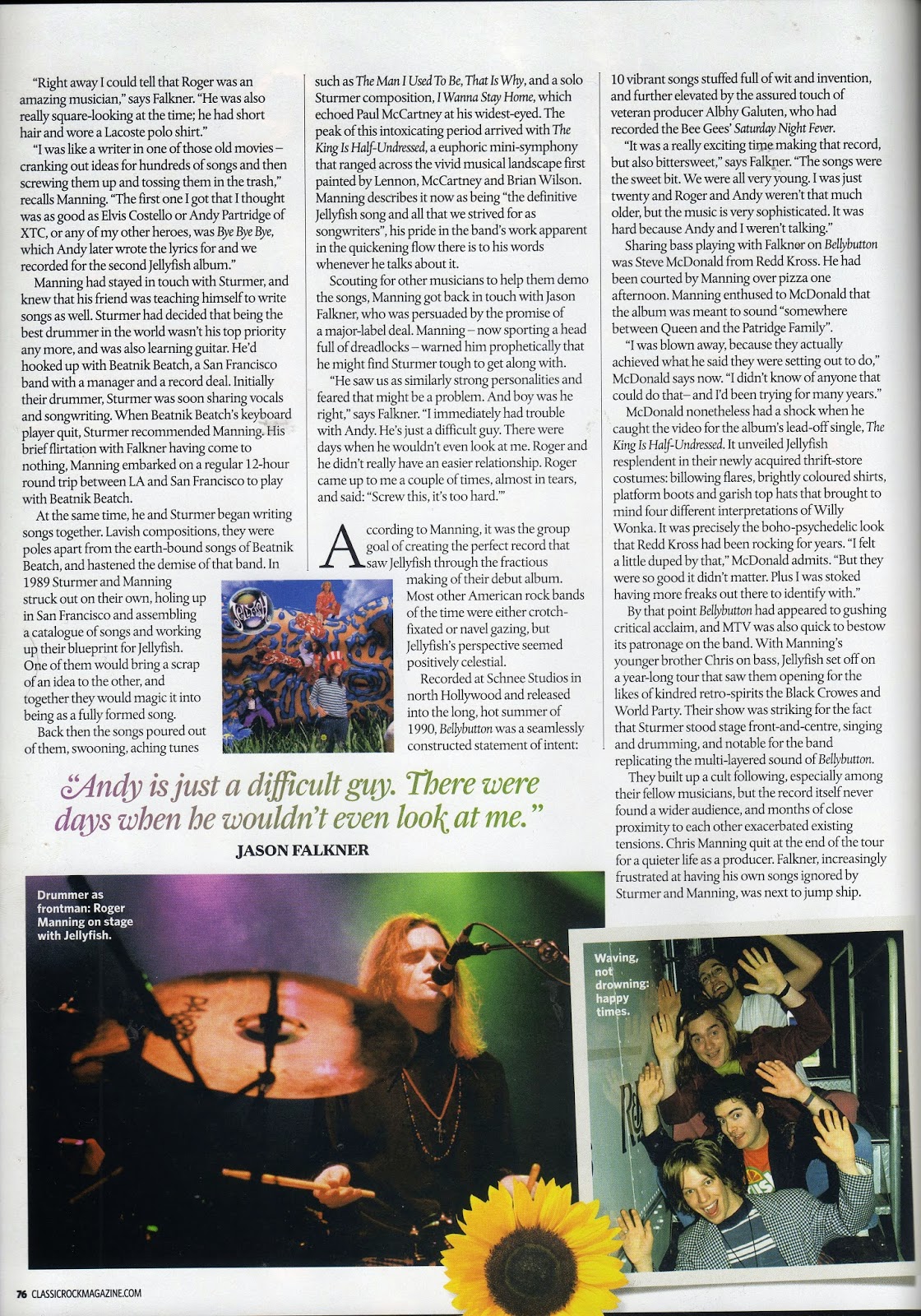 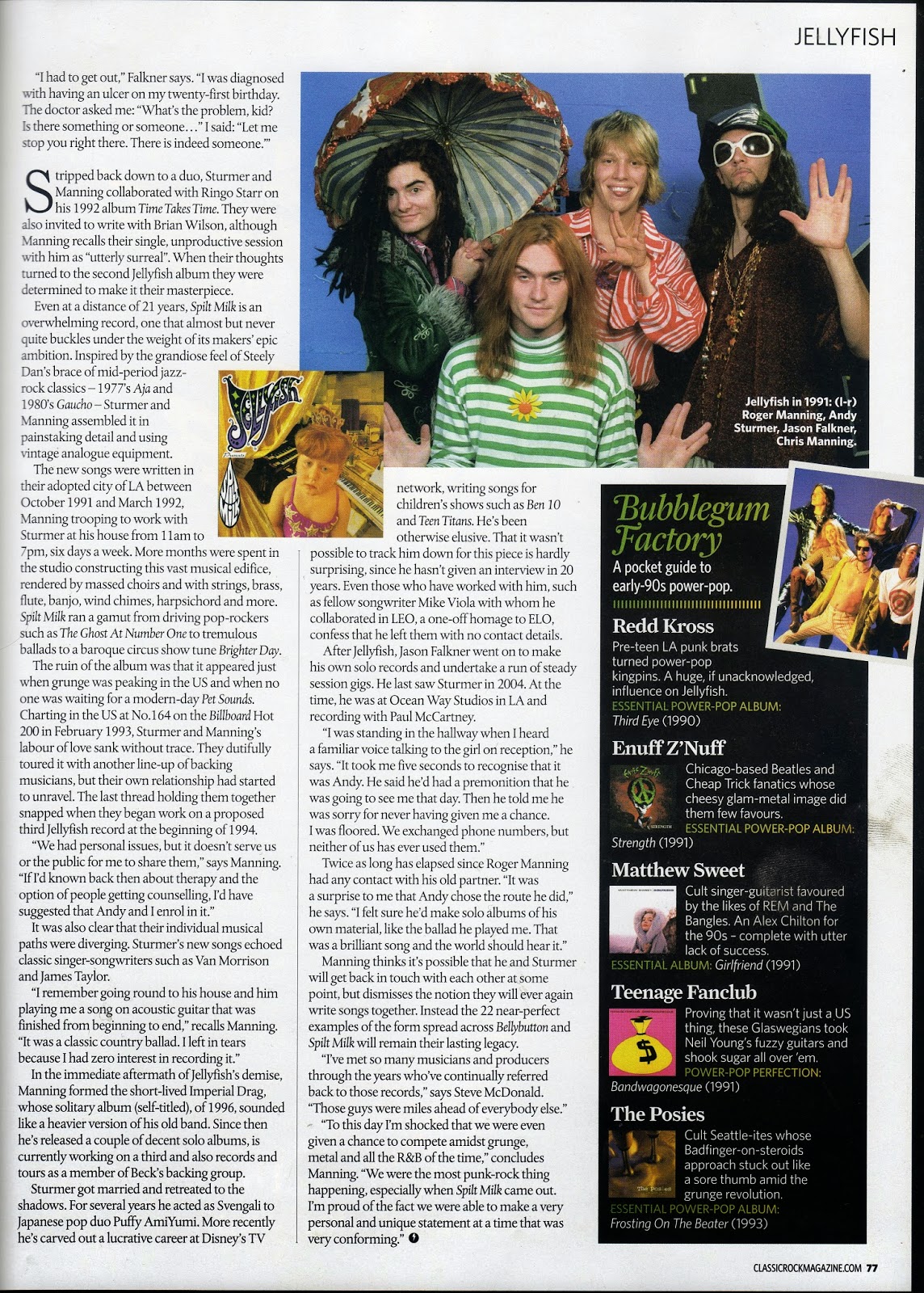 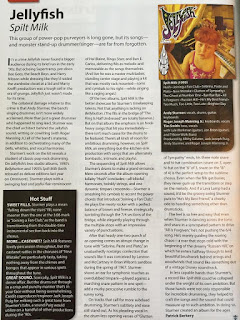 DIG ME OUT - EPISODE #81  BELLYBUTTON BY JELLYFISH
http://www.digmeoutpodcast.com/2012/07/episode-81-bellybutton-by-jellyfish.html

WHAT BRINGS US TOGETHER  - EPISODE #9 - JELLYFISH
http://whatbringsustogether.wordpress.com/2013/03/26/episode-nine-jellyfish/

GET SOME SWEET PICKLE SALAD:
http://remcot.blogspot.com/2009/09/sweet-pickle-salad.html


GET SOME FOAM FOOT: 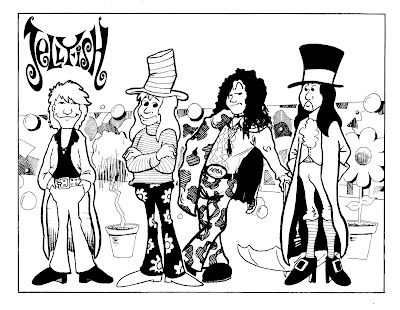 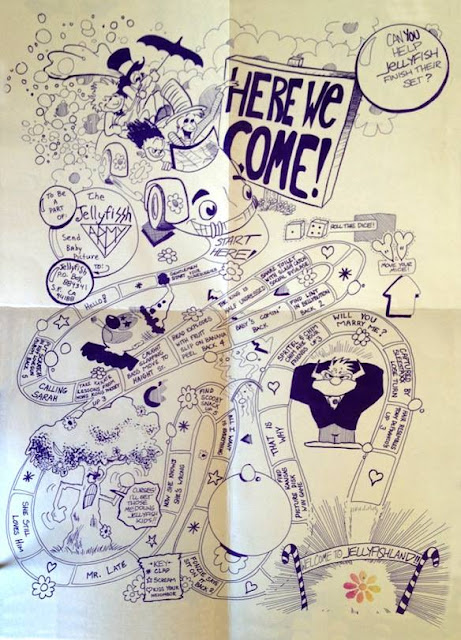 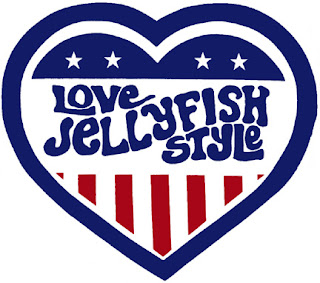